By default, Unity’s 3D Game Kit comes pre-loaded with a default character named “Ellen”. In this tutorial we’ll learn how to change the character to any animated 3D character you want.

How to Change the Character in Unity’s 3D Game Kit?

Today, Sovereign Moon Studios, the makers of your favorite NoCode game development course, are excited because we’ve just launched our most recent course video that walks you through the steps required to change the default character (Ellen) within Unity’s 3D game kit. You can take a sneak peek at our retargeted game character in this video here:

Changing the default character within Unity’s 3D Game Kit is surprisingly not straight forward. While this free asset is amazing and comes bundled with a huge range of customization possibilities, changing the character is not something so easily accomplished.

Most no-code game makers want to use the 3D Game Kit, not only as a learning tool, but as a template they can use to build their own game on top of. In other free tutorials on our site, we walk you through many of the customization opportunities within the 3D Game Kit. From a world design standpoint, the possibilities are limitless. However, game makers spend so much time building custom worlds, they want to popular their worlds with custom characters and NPCs.

Ellen is the name of the primary character within the 3D Game Kit. She comes bundled with a wide assortment of animations making creating a game easy. However, what if you wanted to insert a new character like this? 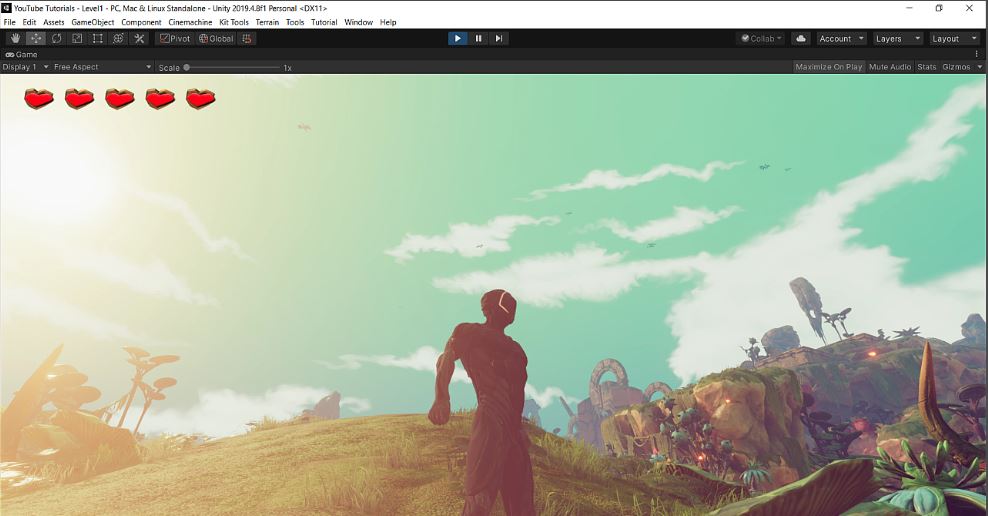 Multiple Steps To Changing the Character

The reason why changing a character within 3D Game Kit is challenging is because retargeting a character is not as simple as swapping out a character skin. There are countless dependencies that hang on top of the character avatar.

I think the creators of 3D game kit wanted to give game makers a sufficiently complex game with a well animated character and in their quest to offer that to users, they needed to “bake in” some of the character elements. While much of the 3D Game Kit relies on drag and drop game development technology, some of the elements related to character rigging are hard coded in and therefore difficult to change without getting into code. 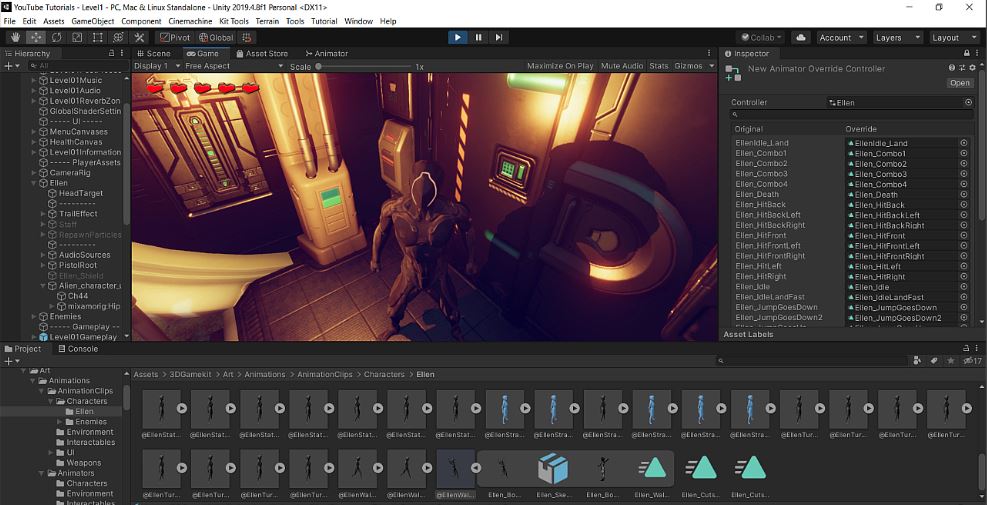 The Steps Involved In Changing The Character

There are multiple steps involved to changing the character within the 3D Game Kit. However, the good news is that it’s not particularly challenging if you follow the steps in the right order. While changing the game’s main character is more time consuming than topics we’ve covered in other tutorials, retargeting Ellen is only something you need to do once and then you’re done.

In broad strokes the steps involved in changing the character are:

1. Change Ellen rig into a humanoid
2. Change all of Ellen’s animations into humanoid animations
3. Download the character .fbx you want. You can do this for free (even for commercial use) by going to Mixamo.com.
4. To import character textures, you’ll also need to download a Collada file (.dae).
5. Delete Ellen’s body and skeleton files.
6. At this point, you will need to get your hands into the game’s code a little bit. Students in our online course get all of the new code files created for them. You just need to copy and paste the files into your game.
7. Your new character will almost be ready to go at this point. However, most people have troubles with their character animations at this point. Even after retargeting the character, most people’s settings are wrong and their animations don’t work. Not only that, but many people have a hard time getting their character to stand properly on top of the ground layer. It’s common for people to have their newly retargeted character fall half way through the ground like this. 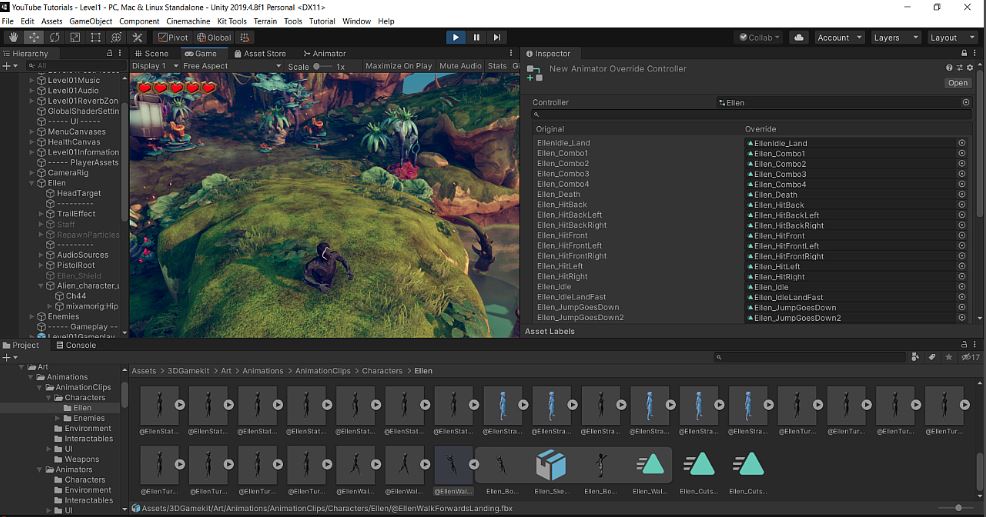 If you’re a regular reader of our indie game dev blog, you’ll know that we give away 90% of our content for free. However, in order to keep this site alive, some of our tutorials are gated. This character retargeting tutorial is one of our gated pieces of content which is part of our premium online no-code game development course. So if you want access to this tutorial simply enroll in our online course by visiting our homepage and following through the enrollment steps. 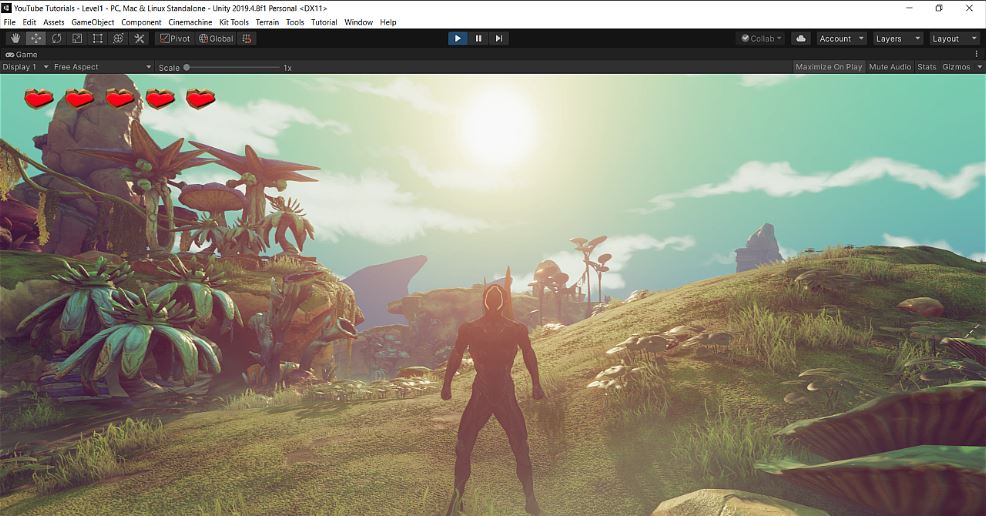 Having ability to change your character within Unity’s 3D Game Kit is the missing ingredient for many game makers who want to use the free asset to make their no-code video games.

However, without a means to change the character, many people will opt to look for alternatives to 3D game kit to get more control over their character’s appearance. However, with the addition of our most recent course tutorial, this is no longer necessary. At Sovereign Moon Studios, we make changing your game’s character a breeze. Enroll in our course today by visiting our homepage.