In this free beginner friendly online game development course, you’ll learn how to make 3D video games from scratch without having to know how to code.

Learn how to make 3D video games. No Coding or art skills required.

Today, Sovereign Moon Studios, the makers of your favorite NoCode game development course, are excited to bring you a FREE lite version of our course to help introduce you to the world of NoCode game making. This is the first part of a ten part video series where we’ll walk you through the steps necessary to make a video game without having to know how to code, draw or animate.

Hi everyone and welcome to Sovereign Moon studios’ tutorial series on no-code game development and design. In this tutorial series I’ll be teaching you how to create breathtaking 3D sci-fi video games without having to know how to code or how to draw. This free course was designed specifically for beginners, so don’t worry if you’re completely new to the world of game development. I’ll be holding your hand each step of the way!

Now before we jump in, I just want to remind you that we offer a comprehensive no-code space and sci-fi game development course which will go into much more detail than we can go into in these shorter YouTube videos, So if you enjoy these videos but want to take it a step further by diving deeper below the surface then consider enrolling in our more comprehensive online course.

But for now, let’s jump in.

It might seem crazy, that you can design a 3D video game without having to know how to program, how to draw, or how to animate anything. But advances in visual programming have made it possible for non-programmers and non-artist alike to create a near triple AAA quality look using drag and drop game development technology.

Let me show you how it works.

With respect to art, you can simply drag and drop pre-made art assets into your 3D game world. For example, I can drag this tree into my scene, or here I’ll drag and drop a pressure pad that our player can walk on to activate the opening of a door. It’s really just as easy as me dragging and dropping these art assets in my game world. 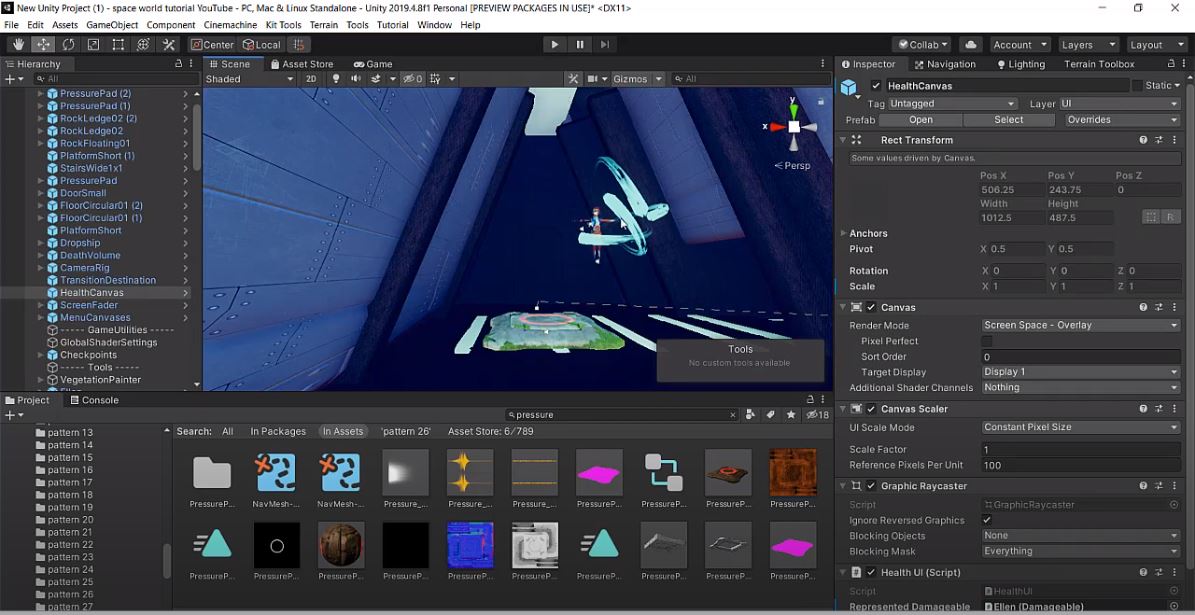 I can also build custom worlds through the use of simple shapes. For example, this corridor I’m walking through now was simply created by dropping in squares like this, scaling them up and then changing their angle. 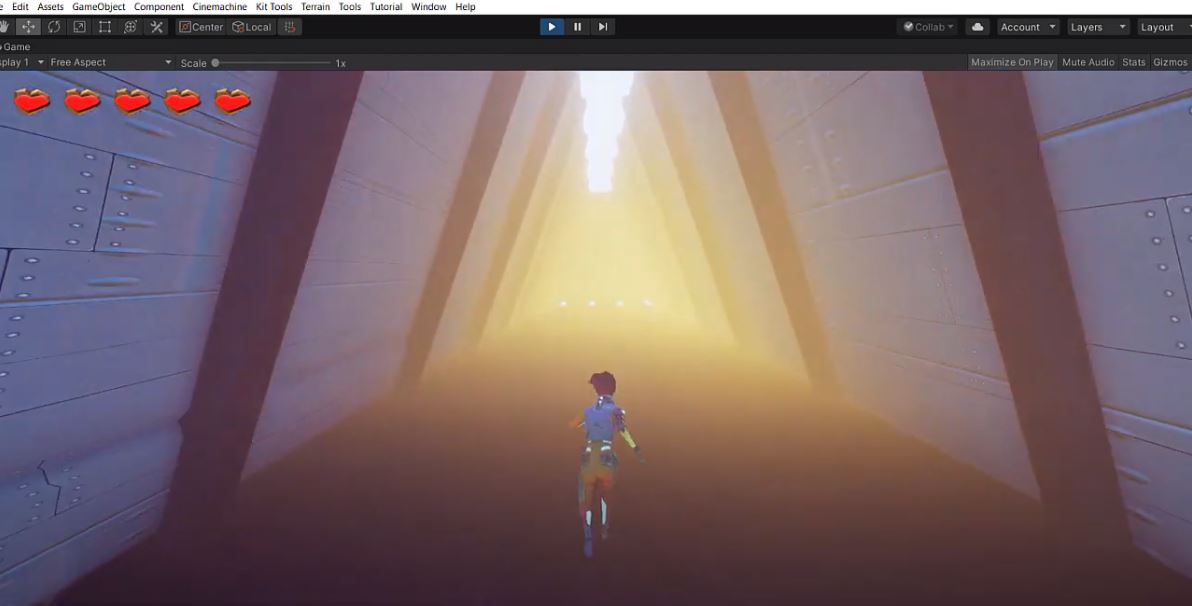 Then, to apply a texture to the shape, I can simply search through my free textures, preview them and then drag and drop these textures onto my shapes like this. 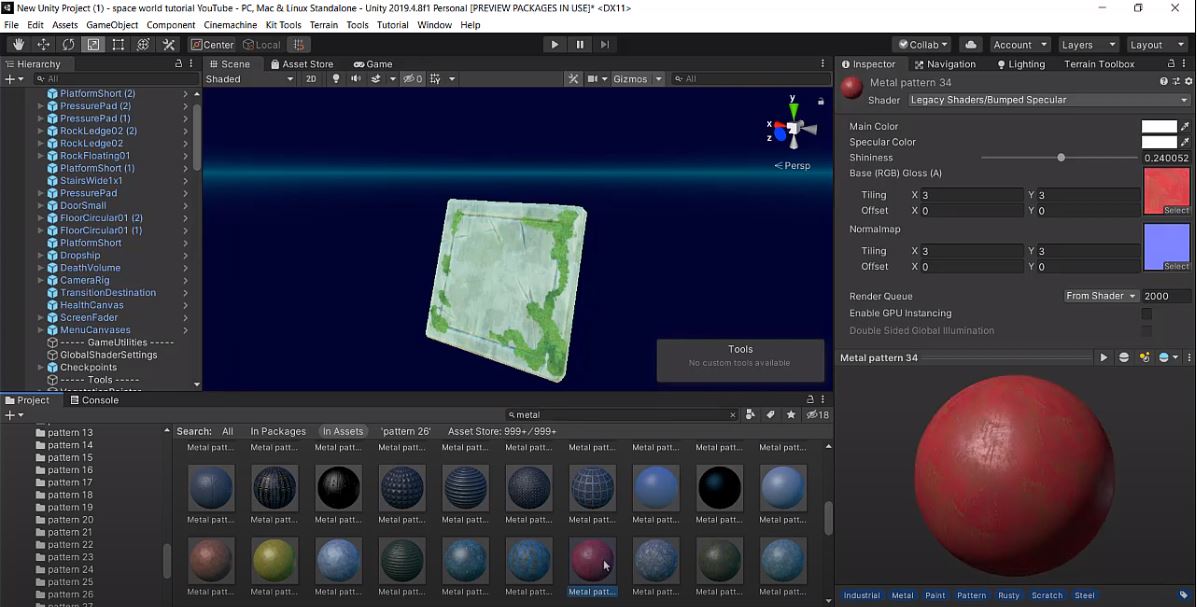 Now, as far as programming goes, NoCode tools now exist that allow you to simply program your game using visual programming tools. For example, remember that pressure pad I dragged into my scene previously? Well it’s currently not programmed, so it doesn’t know how to act once my character steps on it.

The World of Visual Programming

Traditionally this is where programmers would come in to make these art objects interactive. But now we can use visual scripting to tell the object what we want it to do.

In order to program it to open the door I simply need to click on the art asset and then change two settings.

First, I need to tell the object what “interaction type” I want it to take. And in this case, I want this object to trigger a door to open. So in the drop down box, I’ll select “open”.

Next and Lastly, I need to tell the object, which door I want it to open. Because I’ve already dragged and dropped this door into the scene, I can connect this pressure pad to this door by selecting the door as my “interactive object”. That’s it, this setup is 100% done. 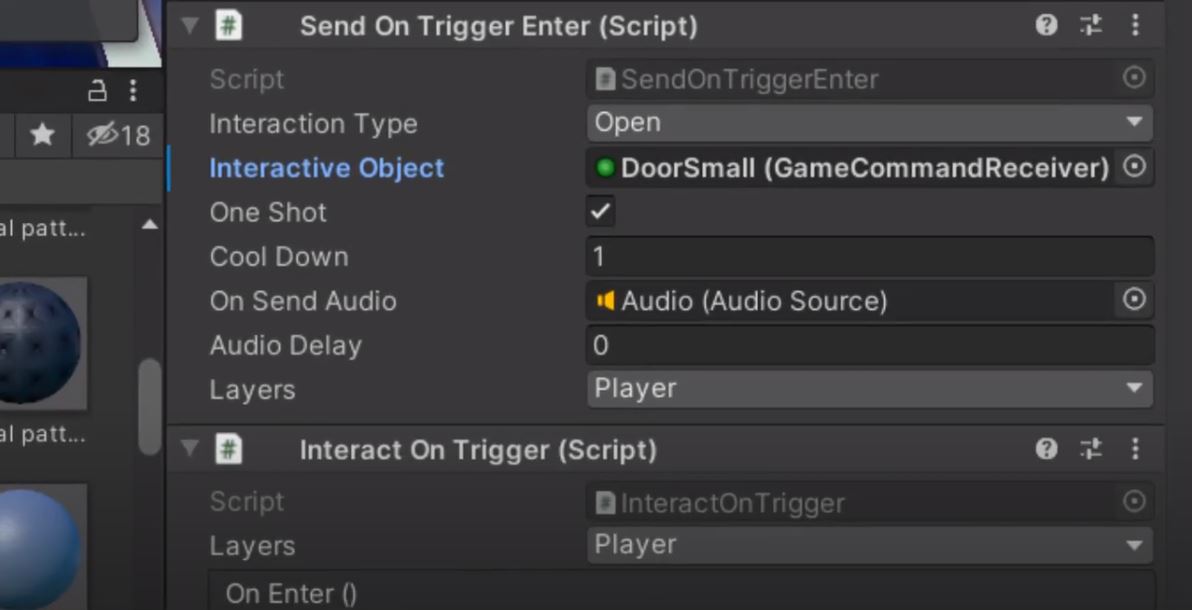 Visual programming is really that easy. And notice that the game engine is even showing me that I’ve made a connection between these two objects by drawing a white line between them. Now, when I click on play and play my game, my character can walk on the switch and the door will open.

We’ll Do All Of This Without Spending a Penny

So this is essentially what we’re going to be doing in this tutorial series. The game engine we’ll be using doesn’t cost anything and neither do the art assets. We create entire 3D worlds without spending any money.

So my goal throughout this short tutorial series is to get you on the path to becoming an amazing game maker without you needing to know how to code or draw.

In this short no-code game development tutorial series I’m not going to dive deep into logic or get too heavy into game mechanics. Instead, we’re going to focus on prototyping a small sci-fi space world. My focus for this tutorial series will be on putting you to work by getting you to build. My hope is that you’ll surprise yourself with your abilities, you’ll learn a new skill and you’ll feel inspired to continue your journey as a game maker.

Also, in this tutorial series we’ll only be using Unity and we’ll be hyper focused on not overcomplicating the game engine. Unity is a really powerful game engine and there is a LOT you can do with it. But I’ve designed this tutorial series to be as simple as possible to appeal to absolute beginners. So even though we can do things like build 3D models in blender or pro builder or use tools like Bolt to create more advanced game mechanics…. I”m not going to focus on any of that for this tutorial.

My goal is to teach you how to build worlds by staying within unity and for the moment, staying away from advanced modeling and programming.

I took this approach, because in my experience as both a student and teacher, I find that people are more willing to advance themselves, if they feel confident with their early progress and acquisition of new skills.

Similarly, I often find that students are more willing to go the extra mile if they are inspired and excited by their work. So I didn’t want to create a “how to bounce a ball” in unity tutorial. I want you to create a sci-fi environment that you can feel proud of and inspired by.

My goal is that by the end of this tutorial series, you’ll be motivated to take the next steps by yourself.

Now, in order to make this tutorial series as easy and simple as possible, there is one catch. We’ll be focusing on creating a nice interior environment. But because, my self-imposed rule for this tutorial is to not use blender, probuilder, or other 3D modeling tools we can’t create advanced geometry. For this reason, our outside world will be a bit of a mess. However, we can design our game in a way that our player and camera will never see that part of the world, so with some strategic design choices, that shouldn’t be a problem.

So let’s get started. Before you move to the next tutorial in the series you just need to install two free things.

First, you need to install unity. Simply go to unity and download the most recent version for free. Simply click on the “personal tab” to see this option. Download and install the software.

Second, once Unity is downloaded and installed on your machine, I suggest you go through their onboarding tutorials. They give you micro games to build and play and they will teach you a little bit about their interface. So go through these micro tutorials to familiarize yourself with their game engine.

Once you’ve done that, you need to download a free asset from the asset store from within unity by clicking on the “asset store” tab and then search for 3D Game Kit. Simply download and then import the assets. We’re going to use this game kit as our base template for world building.

Keep in mind that installing Unity and 3D Game Kit can take a while. You’re likely looking at over 1 hour of download and import time. You’ll likely think that your computer has stalled, frozen or broken… but it’s not, these are just big files so you’ll need to be patient.

Although Unity can be slow to download, install and open, once it’s open, it’s a pretty zippy program for its level of complexity.

So that’s all I have for you for this tutorial.

I’ll provide a link to the next tutorial in the description below.

Also, below you’ll find a link to our more comprehensive space and sci-fi game development course, so make sure you visit and bookmark that page for future reference if you want to take your sci-fi game making skills to the next level.

I’ll see you over in the next tutorial.